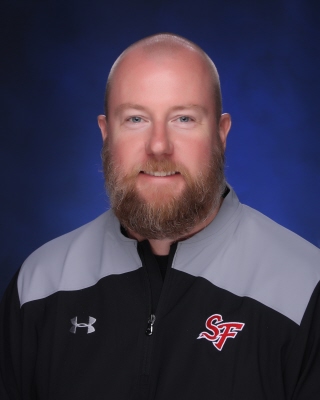 Mr. Timothy S. Daniels is a native of Marianna, Florida and a graduate of Marianna High School.  Following high school, he earned an Associate of Arts Degree from Tallahassee Community College before transferring to the University of Alabama where he earned a Bachelor of Science in Secondary Education.  After finishing his degree, Mr. Daniels was hired by the Baldwin County Public School System in 1998 and has been teaching middle school students in Spanish Fort for 23 years.  He is certified in Biology, Geography, Physical Education, Health, and Driver and Traffic Safety Education.

Mr. Daniels is married to Mrs. Ashby Daniels who teaches French at Spanish Fort High School and has two daughters, Ada, who will be in 7th grade and Lucie, who will be in 3rd grade at Spanish Fort Elementary School during the 2020-2021 school year.  When not at work, he enjoys cooking, gardening, camping, kayaking, going to the beach, spending time with family, and following college sports.  You can email Mr. Daniels at tdaniels2@bcbe.org.