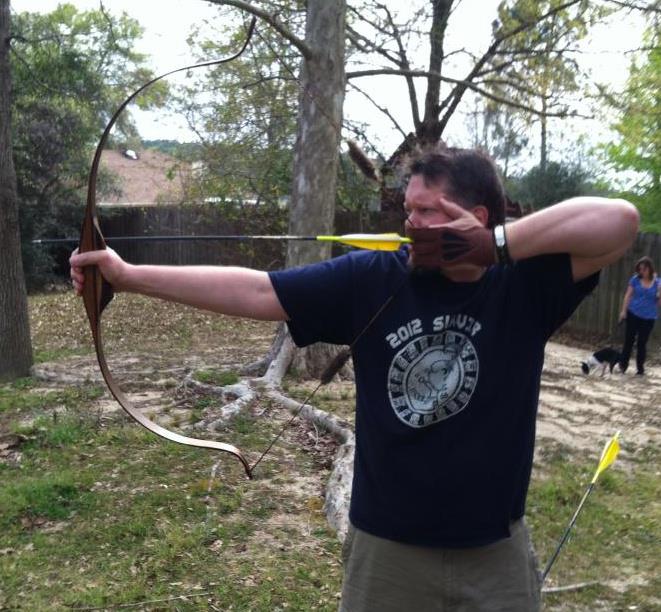 Mr. John Kinard is in his 19th year as a 7th grade Life Science teacher at Daphne Middle School. He previously spent 12 seasons as the boys' soccer coach, and a combined 10 years as a football coach. This year, although not coaching, he plans to spend time helping out with the Peer Helper program, working the clock and scoreboard at football games, and moderating Scholars' Bowl matches at DMS.
Mr. Kinard graduated from the University of Mississippi and the University of South Alabama. At Ole Miss, he earned bachelors degrees in political science and biology (followed by a year of law school). He made the choice to pursue a career in education, and received his Masters degree in education from USA.
In his free time, Coach Kinard enjoys bowhunting with primitive archery equipment, reading, and watching football. He enjoys being outdoors when it cools off in the fall, and going to the beach when it's warm.
Coach Kinard's family includes his wife and three children (a senior in college, a senior in high school, and a 7th grader at DMS!), along with two Boston Terriers, Kipper and Cash.
Use this link to access Mr. Kinard's Moodle page, which includes current assignments, access to textbook login codes, a link to the class syllabus, upcoming quizzes and tests, etc: https://learn.bcbe.org/course/view.php?id=1900
Mr. Kinard is available for conferences during his planning period, 2:12-2:50. You can also reach him by email at any time or by calling DMS.
Copyright © 2002-2023 Blackboard, Inc. All rights reserved.