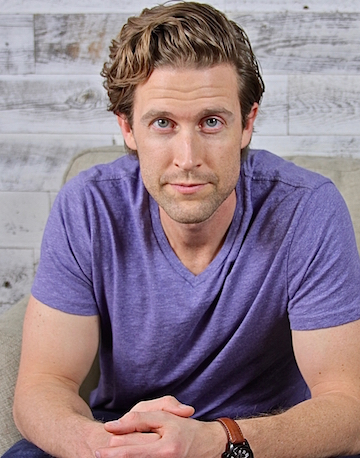 Hello!  I’m Griffin Hood and I will be starting my first year as a teacher here at Daphne High School. I live right here in Daphne with my wife Stephanie and two boys, Mayson (12) and Lincoln (5).  We also have three fur baby bulldogs: Maverick, Bronco and Moonpie.

After graduating I worked in the film/tv/commercial industry in Birmingham, Alabama.  I soon took my talents to Los Angeles, making the move in the winter of 2007. For the most part the city chewed me up and spit me out, but I learned a lot along the way.

Over the next several years I worked as an actor/producer/writer/director on various projects across the country.  I have appeared in over 50 commercials across the southeast, including a hand full of film and television projects.

In 2010 I co-wrote and co-produced a feature film titled The Baytown Outlaws starring Billy Bob Thornton.  When faced with the decision to stay in Alabama or make a more permanent move out west, we chose to stay.  My mother in-law became ill so we relocated down here, so we could help take care of her.  After she passed away, we decided to stay as we saw it as a great place to raise our children.

It is my hope that the experience I have gained in my career, will be beneficial to the Theatre students.  This knowledge will not just be useful for those wishing to pursue a career in theatre or film, it will pertain to any career path they may choose.  I look forward to a wonderful year, and getting to know each and every student.